Black Book was one of the great surprises of the 2020 crowdfunding scene. Developed by Morteshka, the creators of Mooseman, the game looks like an awesome combination of tactical RPG and deck-building game. However, what makes it truly special, is a grim story based on dark folktales of north Russia and its specific mythology - Slavic at its core yet very different from how we define “Slavic” games nowadays.

Today I am accompanied by Vladimir Beletsky, writer and game designer of Black Book, who answered our questions about the game, its inspirations and mechanics.

EnklawaNetwork.pl: First of all, congratulations for your success on Kickstarter! Nowadays crowdfunding isn’t what it used to be and quadrupling your financial goal is something notable. What, in your opinion, was a key factor to drive such numbers?

Vladimir Beletsky: Hello, thank you! Well, I think that there wasn't one factor for a successful campaign, but several of them that clicked together. First of all: there was a long period of planning and preparation that we've made with our publishers HypetrainDigital. Then, there is a factor of the setting. There are some games that are dedicated to the mythology of unholy spirits of slavic countryside, but not nearly enough. And as far as I know, there are no games exploring northern mythology of Cherdyn' region. We have also published a playable version of the game that we've tried to polish and make as good as possible. The Prologue build showed our ability to ship the game and demonstrated our ideas in a tangible way.

EN: Well, it's actually not entirely true that there are no other games exploring mythology of aforementioned region. Mooseman, your previous title, is the next one, right? However, Black Book, at least after playing the demo, feels like another cup of tea. How would you define connection between these two games? Do you build Black Book on the back of Mooseman? Or maybe you envision them as completely different titles in terms of story and gameplay?

VB: Many creatures and beliefs from the game will be very similar and familiar to anyone from Eastern Europe, but there are some key differences. Our game is indeed bearing the connection to the Mooseman. Russian beliefs of orthodox christian colonizers of Perm in middle ages mixed with paganistic beliefs of indigenous finno-ugric people of Perm and created a very interesting mix. Our previous game tried to reconstruct the mythology of finno-ugric peoples from the time that the famous archeological findings were created called permian bronze casts. So this mixture of cultures persists and we explore this topic in a game, there are even some recurring characters from the finno-ugric past that are either happy or unhappy about christian changes.

EN: Very interesting. I'm sure all of this is connected with the story, right? We already know a little bit about the protagonist, a sorceress named Vasilisa. Can you tell us more about her? What's her motivation? Is she inspired by a real character from local folktales?

VB: Yes, sure, all these mythologies will be tightly connected to the plot. Vasilisa is a girl that has a journey in front of her, which can either bring her to damnation or salvation, and it is up to the player to decide her path with choices along the way. We have a sin mechanic that reflects these decisions, similar somewhat to the honor system in RDR2. She is an entirely fictional character in our case, but she is named like the famous fairy tale character Vasilisa the Beautiful. She was brought up by her foster grandfather Old Egor (or Дед Егор in Russian) and was always close to mysterious. He was her teacher and himself koldun or charodei we may say (a sorcerer).

EN: Can you give us an example of how the aforementioned sin mechanic affects the gameplay?

VB: The most notable effects of the sin mechanics are the endings: we're planning to do several of them based on the amount of sins that you've accumulated during the playthrough. Some phrases of the main character are also dependent on the amount of sins, there are not enough of these phrases at the moment, but we're hoping to do more variations based on this characteristic.

EN: How many endings do you plan? Can players reach a truly happy ending or all of them will have some kind of setback?

VB: We're currently thinking on making three endings, as well as short outcomes for ingame characters. As for the setbacks, I'd like to keep that in secret, to prevent spoilers.

EN: As we already know Vasilisa can join forces with a bunch of extraordinary companions. Can you tell us a bit more about their role in the game? How much impact do they have on Vasilisa's fate?

VB: There are two kinds of companions: first are the direct companions that help you in the battle. They have their own ability that you can utilise not dissimilar to the regular spell words. They also travel with Vasilisa and help her in certain situations during text quests and dialogues, if you choose to ask them for help. Each companion has his own unique quest that the player can complete during the course of the game. The other type of companions are the devils from the roster of the koldun (sorcerer), each day they are asking Vasilisa to give her work and torture Vasilisa if she does not do so. This is a small management mechanic: you have options to get more resources while receiving sins or stay sinless but with several drawbacks such as less health. You can also recruit such devils during the travels, some stray devils will fly to Vasilisa's flock, when she gets stronger.

EN: Spells, devils, sorcerers... Magic seems to play a very big part of Black Book. How does it work? Should we expect some twists, let's say crafting powerful spells from some kind of dark rituals?

VB: Narrative-wise it works as the folklore dictates: most if not all of the sorcerer's power comes from devils and imps, they do the sorcerer's bidding, and if he does not curse regular folk, they torture him. The battle system is based on the modern deck building genre, similar to Slay the Spire. Our twist on the system is that each turn you compose a spell out of several words, and each word can affect other ones in this spell. It also is a twist on the folklore formula of zagovory. These spells have a certain structure that we've tried to convey in the game with special types of words. As for the rituals, sure - expect to see several, first of which is already present in the Prologue build on Steam, a witch initiation that is.

EN: Cool! Since the battle system is based on deck building, can you tell us more how can we acquire new cards or upgrade the old ones? How much variety is there?

VB: Sure! Vasilisa gets to open seven seals on the Black Book. Each seal contains spell cards, some of which are available to be crafted at once, while others are unlocked after each battle or on quest completion. There is no upgrade system of the cards, and we expect more than one hundred spell cards.

EN: Do these seals work like some kind of independent masteries/specializations or maybe you can mix the cards from different seals to get special effects?

VB: Seals contain new cards with new mechanics. There is no dedicated mechanic for mixing cards from different seals, but there are new combinations with new unlocked cards, we hope that they will be interesting to match.

EN: At the beginning of Kickstarter campaign you've stated that we should expect the release of Black Book in February 2021. Since then, the game significantly grew in scope. Should we expect a delay?

VB: Well, we are not sure at the moment, but some delays are possible because of the new features that we have to implement. We hope to still make it by the end of Q1 though, but it will be more clear the closer we get to the release.

EN: Do you plan any platform exclusiveness for the global release?

VB: We do not have such plans at the moment.

EN: Thank you for your time and fingers crossed for release of the Black Book in 2021!

VB: Thank you once again for interest in our game and cool questions! 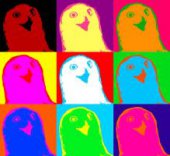